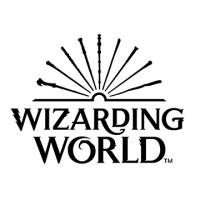 Written byThe Wizarding World TeamPublished on Feb 12th 2021Empire magazine’s new issue celebrates the 20th anniversary of the Harry Potter and Lord of the Rings movies. Stuffed with brand-new interviews, including a conversation between Daniel Radcliffe and Elijah Wood, it also features a lengthy chat with Potter producer David Heyman, answering fan questions. Take a look at an exclusive excerpt.

Empire magazine are taking us all the way back to 2001, where the first Harry Potter film and Lord of the Rings film hit cinema screens in the same year, inviting viewers into new and enchanting worlds.

This year, we will be celebrating Harry Potter and the Philosopher’s/Sorcerer’s Stone’s 20th anniversary in many ways, inviting you all to join us in commemorating 20 years of movie magic. After all, this was the film that started everything – with Daniel Radcliffe’s Harry Potter discovering the wizarding world – and Hogwarts – for the very first time.

To kick off celebrations for this big anniversary, enjoy a sneak preview of Empire’s special edition of their magazine celebrating both films, which hits shops next Thursday.

Read on to enjoy this exclusive extract of Empire’s interview with producer of the films David Heyman, talking about Harry Potter book moments that didn’t make the films and a happy early memory from Harry Potter and the Philosopher’s/Sorcerer’s Stone.

Is there something from one of the books that didn’t make it into the films that you wish it had? – Sara Horvota

We always left things out that were painful. We shot [Rik Mayall as Hogwarts’ poltergeist] Peeves in the first film and I loved his anarchy, but it didn’t fit. I love the Quidditch from the fifth book – Ron is so funny and it was good character development, but there just wasn’t a place for it. S.P.E.W. – the Society for the Promotion of Elfish Welfare – was a wonderful part of the books, Hermione’s mission to protect these outsiders.

Not being able to film the Quidditch World Cup in Goblet of Fire – that was more because it was so spectacular. The backstory of the Marauders, of James and Sirius and Peter Pettigrew – that was such wonderful colour, and informed Harry’s relationship with Sirius in a really interesting way. Those are things I missed. But I do feel like we made the right choices for the films we were making. Kreacher was almost cut from the fifth film, and Jo [Rowling] said, “I wouldn’t do that if I were you, because he does have a role to play later on.” So Kreacher remained, and thankfully he did because he was a significant house elf.

Was there a moment when shooting the first film that you realised you truly had something special on your hands? – Luke Martin

I realised I had something special when I first read the book. I loved it. It moved me. I fell in love with it before it was published. I’ll never forget being on set that first day, filming the last scene of Philosopher’s Stone where Hagrid and Harry bid farewell at the railway station at Hogsmeade. Dan [Radcliffe] was wearing these contact lenses to make his eyes green, and he had an allergic reaction to them. His eyes were red and swollen and we had to take them out – we thought we may add that green digitally, though ultimately we decided not to because it felt artificial. But Dan’s eyes were puffy and red, and oddly it was quite appropriate for the scene where he was saying goodbye to Hagrid.

Arash has been writing stories ever since he could hold a pencil! What started out as an intrinsic love for storytelling has turned into his lifelong passion. There’s nothing he likes better than writing (and reading) stories that is humorous in English and Persian languages, with a touch of Suspense and a poignant streak of truth running through them. Arash is also a YouTuber, Persian singer/songwriter, blogger, traveler, filmmaker, big dreamer, and professional kabob eater. When he’s not writing or dreaming up new stories, you can find him in an adventure road-tripping to national parks! If you want to see Arash in his element (ranting about stories) check out his YouTube channel. View all posts by Netaarash